Bringing You Healthy Food, One Dish At A Time

We all know a thing or two about millets and the health benefits of them. Millets like kambu, samai, ragi, thinai, varagu etc, are whole grains loaded with protein, copious amounts of antioxidants and nutrients. These power-packed grains help in lowering blood sugar and cholesterol levels making it THE go-to food for people! Bonus-tip: it is gluten-free too!

In a bid to increase the awareness of millet-based diet and bring it into the mainstream of many, one restaurant in our own city of Chennai has taken complete ownership of this. We introduce Millet Maagic Meal to you!

Millet Maagic Meal is an authentic millet-based restaurant in Chennai, serving lip-smacking and homely dishes to all. This is the perfect marriage of taste and nutrition on your plate. They use only top-quality ingredients, sourced from the best markets to keep the authenticity intact.

Encouraged by the students of her cooking class, Mrs. Adhieswari started Millet Maagic Meal, packing a little bit of goodness with every dish she makes. With a plethora of home grown recipes in her kitty, customers are astonished by the variety they see in the menu. We ourselves couldn’t believe that millets can be made into a variety of tasty yet nourishing dishes!

Their two branches at Anna Nagar and Alwarpet, see a good number of customers ordering on a daily basis. Find their extensive, mouth-watering menu below:

With Millet Maagic Meal, you don’t have to compromise your health for taste. Millet-based diets are known to reverse certain health conditions in us. So why don’t you make an effort to switch to a healthier lifestyle today?

We understand that the current situation has us confined to our homes. But don’t worry, Millet Maagic Meal is available to order online through your favourite apps like Zomato & Swiggy!

We hear your tummy rumbling already! What are you waiting for? Pick up your phones and start ordering away! Happy healthy eating to you! 🙂 Lights, camera and action! It’s showtime on Netflix. Guess what’s streaming? A masterpiece of an anthology we all have been waiting for – Navarasa.

Created by legendary filmmakers Mani Ratnam and Jayendra Panchapakesan who are collaborating with famous directors to weave magic on screens through 9 independent stories depicting 9 kinds of rasas or emotions (Navarasa).

The much-talked about series is an amalgamation of the industry’s most celebrated directors, writers, cinematographers, actors and composers. Let’s get to know the ‘whos’, ‘hows’ and ‘whats’ of this magnum opus of a series before it starts streaming.

From the Megamind of anthology movies creators like David and Solo, Bejoy Nambiar narrates a spellbinding emotion of compassion through the eyes of extremely talented artists Revathy, Prakash Raj and Vijay Sethupathi. Lending magical melodies to Edhiri is music composer Govind Vasantha and the serene Chinmayi Sripada whose song ‘Yaadho’ has already struck all our hearts.

Arguably the most awaited story has to be the reunion of Surya and Gautham Vasudev Menon. After successful cults like Kaakha Kaakha and Varanam Aayiram, this is the third collaboration between the two portraying a romantic story that features Prayaga Martin alongside Suriya. Visual cinematography is by PC Sreeram and music is composed by Karthik who has already set the bar high with hits like Thooriga and Alai Alaiyaaga.

This one packs the punch of a stellar ensemble of Atharva,  Anjali and Kishore narrating the emotion of courage directed by the talented Sarjun KM of Lakshmi fame. Music director Sundaramurthy KS recently mesmerized us all with a melancholic track ‘The Bleeding Heart (Osara Parandhu Vaa)’ which has been generating rave reviews ever since its launch. A rollercoaster ride of performances is about to capture your eyes in this segment.

Priyadarshan has been synonymous with comical stories not only in Kollywood but Bollywood as well. The director himself needs no intro here. This segment comprises the hilarious cast of comedian Yogi Babu, Nedumudi Venu and Remya Nambeesan in the lead roles. Inspired by true events, the story explores the emotions of Laughter and Joy. Music is composed by Rajesh Murugesan.

Exploring the emotion of wonder, Karthick Naren who recently directed Mafia: Chapter 1 delights us with a short sci-fi drama that could be the most innovative story in depicting this rasa. The segment comprises marvelous actors like Arvind Swamy and Prasanna who are ground-breaking in their own league. Music is composed by Ron Ethan Yohann who has been previously acclaimed for his score in Maya.

After the roaring success of Jagame Thanthiram, the multi-talented Kartik Subbaraj is back again on Netflix with Navarasa. His narrative depicts the emotion of peace and is based on LTTE which kind of seems to be the Director’s newfound interest. Consisting of Bobby Simha, Gautam Vasudev Menon in pivotal roles alongside Master Tharun and Sananth, the music maestro here is Santhosh Narayan.

Critically acclaimed director Vasanth impacts his storyline based on the negative emotion of Disgust. The enticing segment of Navarasa consists of Aditi Balan famous for her widely acclaimed sociopolitical film – Aruvi alongside actors Rohini and Delhi Ganesh. Lending magic to the music of the story is Justin Prabhakaran whose Kannunjal has become a melodic treat for all music lovers.

Marking the debut of Arvind Swamy as a director, Roudhram is based on the emotion of anger. Swamy is also the actor(Project Agni) and director of this magnificent anthology segment.  Riythvika, Sree Raam, Abhinayashree, Ramesh Thilak and Geetha Kailasam are all set to star in this emotional story. All praise for the legendary music composer AR Rahman who dazzles us not only in this segment but also with the Navarasa Title Theme.

Two of the finest actors in the industry today Siddharth and Parvathy Thiruvothu come together in this stellar narrative to depict the emotion of fear. Directed by Rathindran R. Prasad this emotion is set to be a deep dive psychological thriller that will have audiences racking their brains for a long time. Famous Bollywood music director, Vishal Bharadwaj is said to be the composer of this nerve-wracking segment.

A celebration of the finest performances in the industry is yet to stream on August 6. Mark your date and keep your popcorn ready to share your FDFS reviews with us. To watch more amazing content, check out our latest blog on binge-worthy OTT Originals. 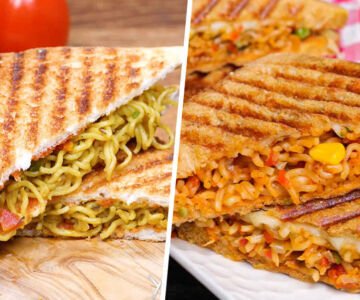 Sandwiches are always easy to prepare! But today we will try an amazing fusion you have never heard of. Yes, it’s cheesy, yummy, tasty, and everything you want for your breakfast.

Introducing Spaghetti Sandwich, an interesting fusion recipe of smooth yummy spaghetti pasta stuffed inside garlic toasted bread oozing with cheese and sauce. If you have some pasta and bread as leftovers, this is just the right time to make the best of both worlds in one recipe.

Spaghetti Sandwich is a popular dish from Japan and Australia with different variations in both the countries. In Japan, it is prepared using a meat sauce whereas in Australia egg wash is used to coat a mixture of sauce, pasta, and cheese, and then baked into a patty.  It makes a great dish for parties where you can show off your culinary skills and win praises from your friends. Let’s get into the details of making this super-easy fusion recipe at home!

How To Make The Spaghetti Sandwich?

Simply delicious and mouth-watering in every bite. Try this at home and share your reviews about how amazing it turned out to be.

Still craving for some more fun and easy fusion recipes? Don’t forget to check out our space here! 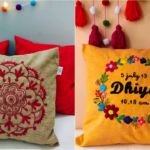 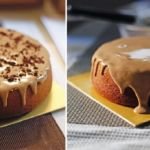