Technology has no bounds! What was once thought to be a dream for many, is now a reality for all. Invention is great but inventing something for a cause is exceptional, right?

Garuda Aerospace has been mankind’s leap of faith in such trying times. Introducing a Chennai start-up, manufacturing high-quality drone-based applications that have been gaining rapid momentum for sanitizing COVID-19 Infection Hotspots.  A startup that has been creating craze all over the world, Garuda is renowned for designing, building, and customizing unmanned aerial vehicles or drones for diverse needs such as Agricultural Survey, Reconnaissance, and Surveillance.

Garuda’s story dates back all the way back to 2016. One fine day Agnishwar Jayaprakash, CEO of Garuda Aerospace came up with the innovation of launching Garuda Aerospace when he realized the true potential of how underwater cameras are instrumental in helping swimmers alter their techniques. Since then there has been no looking back for this advanced UAV startup.

Within just 5 years of expansion, the start-up has been a huge hit all across the country during the pandemic. You’ll be amazed to know that this startup has got over 400 government orders and garnered 2 million dollars during COVID-19. Recently the Government of India officially endorsed Garuda for sanitization services to combat the deadly locust attacks. The team of over 200 employees manufactured drones that have the capability to clean solar panels efficiently. Garuda has also collaborated with DRDO to launch yet another drone.

Rising to fame steadily, the third richest man on earth and CEO of SpaceX – Elon Musk made Agniswar’s day by liking his tweet on Twitter.

With just a minute of a finger tap,  a global fund was rushed to the team within 16 hours of discussion favoring one million dollars to Garuda. The tweet shows a drone named Surya that reduces water wastage used in solar panel cleaning from the regular usage level of four liters to just 100 ml.

The 30-year-old entrepreneur is in all praise after the tweet as the National Thermal Power Corporation had approached Garuda Aerospace in connection with the Surya drone. Surya drone is designed to reduce manpower and deals with an efficient way of cleaning solar panels increasing productivity and efficiency.

This deserves a big shoutout to Garuda Aerospace for reaching new heights in drone application technology. For more interesting updates on the latest happenings in Chennai, check this space to know more! 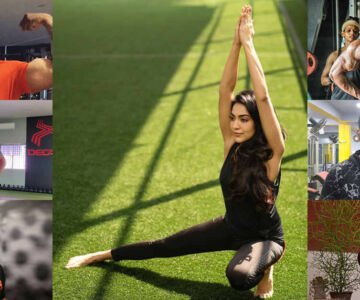 The global pandemic has forced us to rethink the way we work out. Public places are no longer 100% safe, and gyms and fitness centers are no exception to our caution. At the outset, fitness enthusiasts and instructors were woefully missing their sessions, but not for long!

Demonstrating incredible resilience and thoughtfulness, the fitness scene in Chennai has bounced right back on the other side of the screen with virtual classes!

So if you’ve been wanting to get in shape but are holding back due to fears of infection, here are 8 Chennai instructors that have opened up their doors online.

When this popular TV anchor took to social media to launch her very own virtual fitness classes, it soon became a crowd favorite. Over a course of just a few months, has built a name for itself by offering online personal/ group training sessions in strength and conditioning or yoga. The latest batch of TWR is scheduled to start on 4th October and is currently accepting registrations.

Run by this relentless, celebrity-favorite trainer who goes by the name of Naresh, this online fitness avenue is certainly worth exploring. Naresh believes that getting in shape shouldn’t be a punishment and that it is an amazing and empowering lifestyle decision. As a result, his offerings in fat loss, strength training and muscle building are versatile, fun and inspirational.

Safety has always been DecaFit’s first priority, even before the global pandemic. Naturally, they’ve come up with innovative solutions to help you safely stay in shape. To them, fitness has always been a lifestyle choice and their classes are fittingly designed to help you meet your own goals. You also have the choice to opt for private lessons or semi-private lessons for small groups.

If the hustle and bustle of regular fitness do not jive with your vibe, give yoga a try. It just might be your calling. Chennai Yoga Studio is a good place to start – they’ve got flexibly placed classes around the day for all levels of learners, so you need not worry about not being flexible or having no experience!

There ain’t no party like a fitness party cause a fitness party doesn’t stop. Biglee Murali is a true believer that fitness is a lifelong journey of conscious choices and actions. Naturally, training with him will leave you with the desire to stay healthy long past the training sessions His energy is simply infectious. So, if you’ve been wanting to get into shape but lacking the motivation, he’s got just the fix!

If you thought the days of boot camps are bygone, think again. The Quad has come with an intense virtual Boot camp for fitness freaks across the globe to get into form. With flexible timings and all-week sessions, you get to try out a whole host of workouts right from calisthenics, floor workouts, cardio, and more!

Even when the pandemic subsides, online fitness classes will be a great choice for those who do not have the time to work out in person. So do not shy away from adopting them into your fitness arsenal for the long haul! 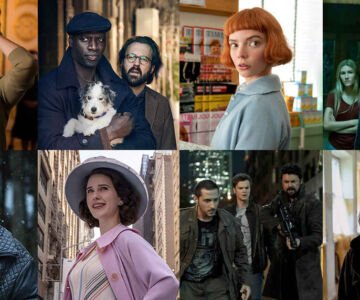 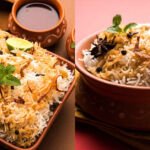 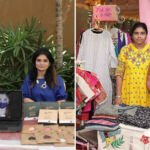